This is my volcano project I hope you enjoy!

Volcanoes are made of gas underground. The lava from the top of the volcano slowly comes down to the bottom of the volcano and goes into the water. When the lava is in the water it turns to stone.

Lava can be the color of  black, red, gray, brown and tan, metallic silver, pink, or green.

Volcanoes can be dormant, extinct or inactive!

The eruption of a volcano  can be dangerous or not because the volcano can shoot lava up into the air or the lava can slowly come down from the top of the volcano.

A Volcano will eventually run out  of  magma. It will take two to 100 years for a new batch of magma to be made.

I hope you enjoyed my project about volcanoes! 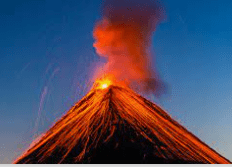 Hi today I am going to tell you about my science experiment!

I thought that the light would bounce off the first mirror and go to the last mirror.

Procedure – What did I do (Step by step):

I was right the light travelled to mirror to mirror and hit a card!

Welcome to your brand new blog at Edublogs!

To get started, simply visit your blog’s dashboard, edit or delete this post and check out all the other options available to you.

We can walk you through step-by-step in our guide to getting started with your blog.